Now in it's third year (can you believe it?!) Distorted Tapes returns to the Haygate for it's annual All-Dayer, and so far it's shaping up to be bigger and better then ever!

This year as always we've been working our socks off to bring you a bill that showcases some of the most exciting bands from Telford alongside a load of very excellent acts from the Midlands and beyond. We hope you are a...s excited about this line-up as we are!

Bad Grammar | https://soundcloud.com/badgrammar
Fizz-popping, fuzzy rawk from Manchester (via Telford). Give the Eveready rabbit a run for his money in the energy stakes.

Doppelganger | http://youtu.be/DEpVi3ii794
An explosive eight-legged riff machine out of Wrexham, this band will blow you away.

Fauxchisels | http://fauxchisels.bandcamp.com/
Marital duo from the wilds of Staffordshire spring-loaded with twisted pop gems that will spin around your head for days.

New Alaska | http://newalaska.bandcamp.com/
They put it best in their own words: "Post hardcore served up with a slice of post punk side salad." Stourbridge's finest.

Drain | https://drainuk.bandcamp.com/
Fresh Telfordian grunge for you to wrap your ears around.

Plus more still to be announced!

The Distorted Tapes store will also be open for business, giving you a chance to pick up records from the likes of God Damn, Them Wolves and LF.

So make sure you mark this in your diaries, you'd have to be mad to miss out! 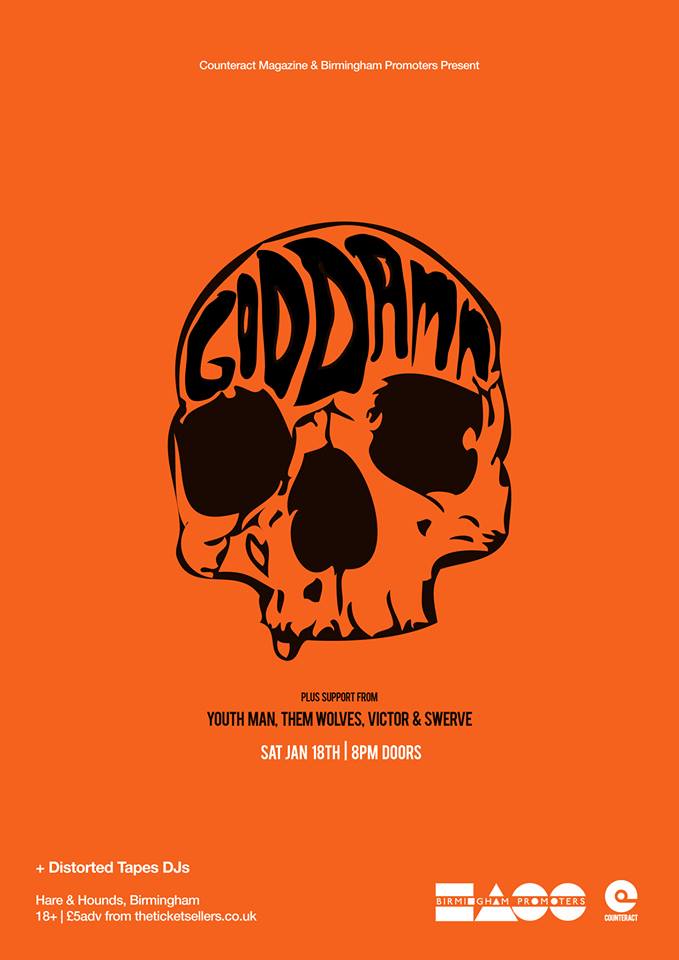 Our buddies over at Counteract and Birmingham Promoters have invited Distorted Tapes to spin some discs at God Damn's upcoming headline show at the Hare & Hounds, Kings Heath.

I am over the moon to be along for the ride - after all the hard work and tough times God Damn are finally there! Support will come from our boys Them Wolves and the Distorted Tapes approved Youth Man and Victor.

Expect to hear some choice cuts on the wheels of steel from the likes of Helmet, The Longcut, Jawbox, Nirvana, Mudhoney, Fauxchisels, EMBLD... and Limp Bizkit.

Tickets are available direct from BP and are likely to sell out so get on it quickly. This is one show that in 20 years time Brummies will all be saying they were there!
Posted by Graham at 15:32 No comments:

Them Wolves recently recorded a brilliant video for their track Wolf Song.

Produced by the very excellent Paul Broome (of Broome Photo/Fauxchisels fame), Wolf Song is the second track to be released from the German For Duke EP which we released earlier this year in conjunction with It’s Just Noise.

The EP is still available from our online shop up above.


Watch the video here:
Posted by Graham at 17:37 No comments:

Them Wolves join the family with ‘German for Duke’

All may have seemed pretty quiet on the DT front of late, but don't let that fool you. Here at Distorted Tapes HQ I've been plotting our next moves towards world domination and am teaming up with the brand-spanking new It's Just Noise label to bring you two exciting releases which I personally can't wait to splatter all over your eardrums.

First up we have noise-rock trio Them Wolves' debut proper EP, German For Duke. Set for release on 24th June 2013, it'll be available as a limited edition screen-printed CD & digital download. Aaaaaand you can pre-order this bad boy here now. Go, go, go!

As a taste of what's in store they've also made a proper pop video which is full of suspense and mild terror (and can be watched in HD). Click play:

The track listing for German for Duke is as follows:

1. The Wild Girl of Champagne
2. Folding a Napkin on Terminal Island
3. Let’s You and Him Fight
4. You’re More Like a Young Mary Bell
5. Wolf Song

And here's what some kind people said. Nice things.

“Them Wolves make us feel like we have just been fisted. In the face. Loud, brash, intimidating and a whole lot of fun.” - Pink Mist

"The bearded terrorists of unmitigated sonic domination aren't playing their songs, they're abusively detonating them at point blank range." - BrumNotes
More on the second split release soon... I'll give you chance to digest first, but let me give you a hint: TEAT LAW.
Posted by Graham at 16:24 No comments:

Happy New Year everyone, hope Christmas was as fun and rewarding for you as it was for Distorted Tapes! December was a busy month with two Christmas shows, the first Distorted Tapes t-shirt and the release of an extra-special download compilation featuring some of our favourite bands of 2012. If you missed any of these (where were you!?) you can catch up with them by doing the following:

Download the compilation, They're Flocking This Way, here (IT'S FREE!):

And if like me you love Jurassic Park-themed music things, why not pick up one of the sweet Jurassic Tapes shirts in the Distorted Tapes shop? They were screened by the wonderful Do Make Say Ink and they look beautiful even if I do say so myself. Don't believe me? See for yourself!

Phew! Sexy isn't it? So before I finally draw a line under the excellent year that was 2012, here's a little video put together by Doug from Feral Goat Film, who documented our Festive All-Dayer at The Haygate on December 8th. He did a top job, and was real good of him to give up his time.

So what does 2013 have in store? Well, you'll have to wait and see. But let me give you a little hint... this Sunday prepare to hear a pretty big bit of news regarding the next release from a certain band from Wolverhampton. Excited doesn't cover it. 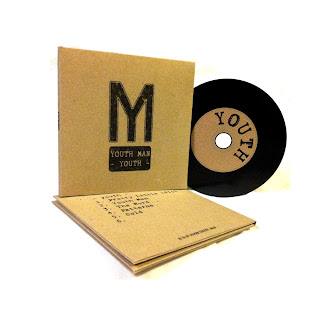 
Punk as fuck and super-fresh newcomers to the Brum scene Youth Man have self-released their debut EP, 'Youth', and a bold statement of intent it is. A recent show left their frontwoman Kaila with a face full of blood. You've been warned.

Having already racked up some impressive support slots, including most recently playing with punk-rock supergroup Her Parents for Distorted Tapes, and with shows on the cards with the likes of Sauna Youth and The Bots the sky's the limit for this ambitious young three-piece.

Issued on vinyl-style CDs, in a sexy brown cardboard gatefold sleeve, with printed insert card, they really look the business. I've only got a few of these to share with the world, so get them whilst they're hot. 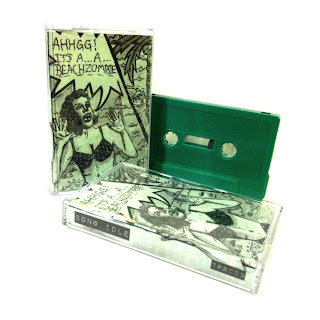 
Released on Tape~stry Records in October '12, Distorted Tapes has a few copies of this available through distro. As usual, once they're gone, I won't be getting any more.

Leo at Tape~stry has done a wonderful job: green cassettes with the full EP on both sides (because rewinding sucks), with fold-out inserts and limited to 50. 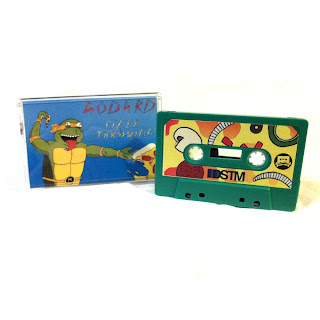 Distorted Tapes is proud to be teaming up with Don't Shoot the Messenger to bring you Godard's latest EP, Pizza Throwing. Hailing from the Isle of Wight, these South Coast pop-punkers have been catching eyes for their hard work and frankly ace songs. 50 copies - 25 green shells here with Distorted Tapes, and a further 25 orange shells with DSTM.


If you're a fan of Taking Back Sunday, Gnarwolves or Joyce Manor, and you like your emo with a pop kick you are going to love these guys.

We quickly sold out of our limited number of Don't Shoot the Messenger's fluorescent orange copies, so make sure you get a greenie before it's too late!

Includes download code, unleashing all 4 tracks as MP3s to listen to at your convenience!

The ramblings of a twenty-something music fan with more CD singles than sense.